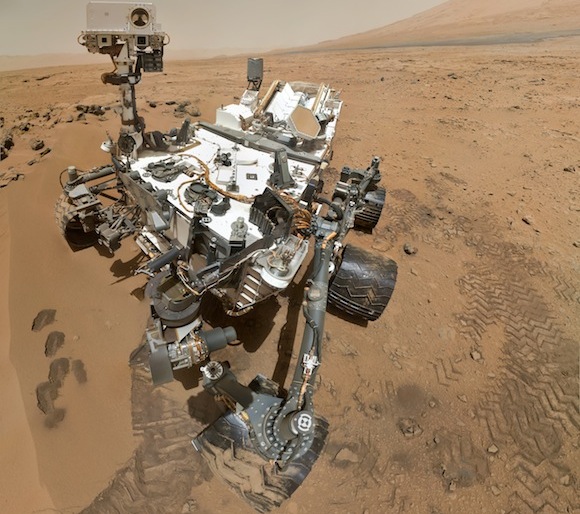 Scientists have stated that they have some big news to announce regarding the Mars Curiosity rover, but they can’t make an official announcement until they thoroughly confirm the findings. Making it even more difficult to contain our curiosity, John Grotzinger, principle investigator for the Curiosity mission, has stated the findings will “be one for the history books,” and that “it’s looking really good.”

Using Curiosity’s Sample Analysis at Mars Instrument (SAM), which acts as Curiosity’s onboard chemistry lab, scientists found something in the soil that they felt was worth the “history books” moniker. One of SAM’s more exciting capabilities is being able to identify organic compounds. The optimist in you may have already paired “announcement for the history books” and “capable of identifying organic compounds” together. SAM is also capable of taking samples of and analyzing Martian air. Scientists look toward SAM to see if the lab will detect any methane in the air, which on Earth, is produced by various forms of life.

Grotzinger and his team has a right to be cautious with announcing their findings, as they’ve been burned in the past. They once thought SAM found methane in a Martian air sample, but knew it could have been air from Cape Canaveral that the rover brought with it. When the team removed enough of the Florida air from the sample, then remeasured the Martian air, they found the Martian sample didn’t contain any methane, and it was indeed from the Florida air.

After a few weeks of analysis, the SAM team will finally be secure enough to present their findings, which they’ll do at a fall meeting of the American Geophysical Union on December 3-7.